Wednesday, October 16, marks Bob's two year anniversary as an expat architect.
Two years living in a resort with yachts floating in the bay outside our window.  With people to clean our apartment and laundry services at our fingertips.  Without oil to change, shelves to dust, yards to mow, gardens to weed.
Two years studying languages, learning cultures, travelling. 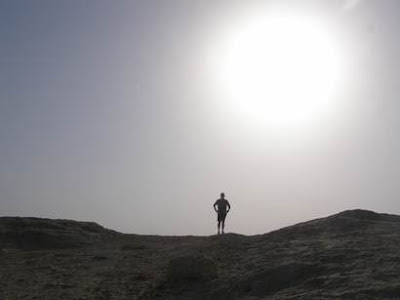 Bob climbing rocks, up-country Qatar
I wish I could say we've immersed ourselves in local culture.

In Qatar, local's faces and bodies are hidden behind traditional clothing, homes are tucked behind ten foot walls.  Traditional men and women do not mix with one another or (generally speaking) non-Muslim outsiders.  We've never been to a Qatari wedding, visited a Qatari home or enjoyed a cup of Qatari tea (in a non-tourist setting).  We don't know the language (English is the expected mode of communication), dress in local attire, eat local food (restaurants are American chains or private enterprises featuring Turkish, Thai, Asian or European cuisine).  Qataris own 51% of every business but do not work in shops or restaurants, answer phones at hotels, ride buses, chat with strangers on the street.
There are days that the crazy making, surreal you-wouldn't-believe-it Doha traffic keeps us from venturing out at all. 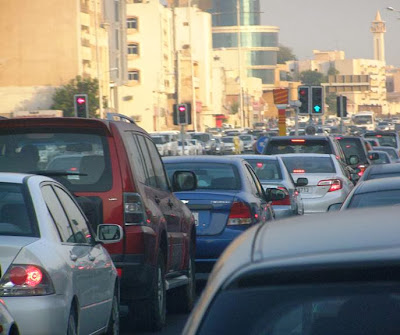 Light traffic at six am (ie, intersections not yet blocked)
Yes, really.
No, I'm not exaggerating.
We have, however: learned to drive Qatari style (over curbs, through vacant lots, between lanes).  (Cindi) has met Qataris at the Islamic Cultural Center while studying classical Arabic, visited Qatari schools and attended Qatari traffic court.  (Bob) has worked closely with a Qatari building project from plans to foundation to high-rise.  Together we've visited Qatari mosques, forts, beaches, archaeological sites, museums; climbed rock formations, trudged shell islands, smoked sheesha, shopped the souk, cruised the bay on a dhow. 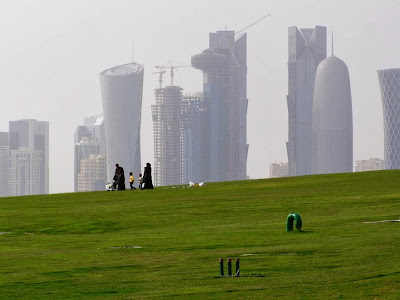 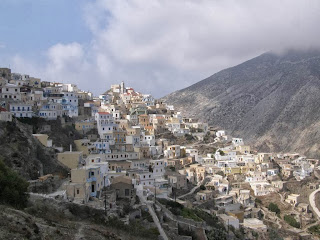 and stood at the top of the world (sort of) after a speedy elevator ride up Dubai's Burj Khalifa. 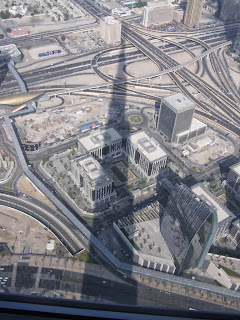 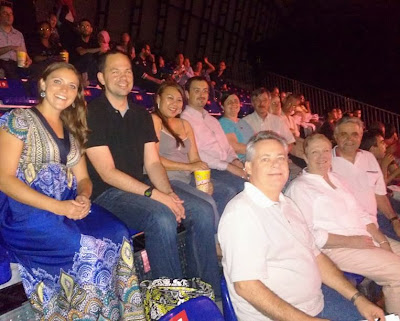 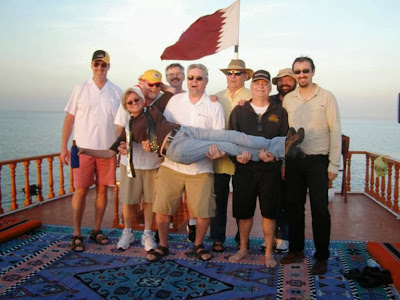 Bob's coworkers, Dhow Ride
Christmas Day 2012
To celebrate Bob's big day, we'll be in Oman where, we're told, there are deserts, souks and locals working the shops who speak Arabic.  We'll visit Muscat's marketplace, wander its Corniche, then head to an exotic Middle Eastern resort where we'll ride rafts down a lazy river, sip cocktails at the beach, jog in shorts, sleep, read and watch the movie channel.
And think about our favorite place and people in all the whole, great, big, wide, crazy world: 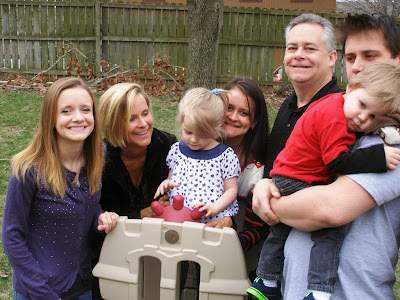 love them, miss them, can't wait to squeeze them
Posted by Lucinda H. Kennaley at 2:52 AM

Wow--and even traffic court. But I bet you would not have done that unless you had not been ordered there! The only thing I believe you left our was ...church! Sounds like a great adventure and it is still continuing. Will it be difficult, do you suppose, to go back to being common folk?
Love Dad

Congratulations, Bob!! And Cindi, too!

My volunteer shift at the airport today was w a civil engineer who worked on the Doha airport for 4 years. He wants to

Go back. Currently looking for work. He liked living there very much.

Oh, yes we do church too! (Adventure every week!)

@MaryAnn, sometimes (especially now that traffic is so bad) it seems like the movie Groundhog Day. But with subtitles. :)

Thanks for the congrats (@Peggy) and thanks everyone for the comments!