He kissed his wife.* 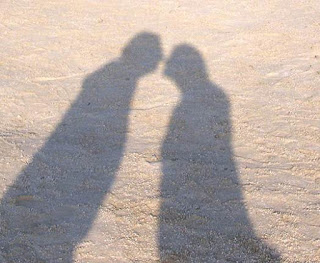 A quick "hello, I'm home" - "see you after work" - "meet you in 30 minutes over there" peck.  A pucker, pop, over-before-the-spit dries kind of kiss.
No big deal.
Except…he did it at the mall.  On a crowded Friday.  In front of the wrong someone.
Offended, this someone reported the misdeed.
The kisser was arrested.  Taken in for questioning:  "Did you…?"  "Who… ?"  Why…?"  "Where…?"
Hours later, the man signed a confession:  Yes, I kissed my wife at the mall.
The officer reviewed the man's admission, held it up and…tore the page in half.
From now on, the officer said: "You make happy at home!" 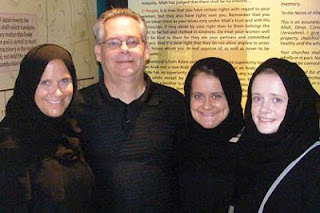 Ummmm…
There are three levels of rule-breaking in Qatar:
Ill-advised
Illegal
Haraam
Ill-advised - is anything that might possibly, could, maybe land one in trouble if executed before the wrong person.  Like, for example, all forms of PDA, displaying any part of woman's uncovered body from shoulders to knees, a man's bare navel.  Publicly uttering unsupportive somethings about those in power.
Anything at all can fall into this category if it offends the right (ie, wrong) person.
Illegal - includes actions like "wrong overtaking" (passing on the right), running a red light (fine up to 6000QR - about $1,650USD), stealing (exceedingly superbly truly bad bad idea).  Taking a part time job, quitting your job, leaving the country or sneezing (just kidding) without permission from your employer/sponsor.  Or say, murder, which is illegal as well as…
Haraam - a special level of you-done-bad as it encompasses legal and (elsewhere subjective) moral misdeeds as well as violations of Islamic Code.  Here you'll find don't-even-think-about-it somethings like proselytizing, homosexuality, pregnancy (without benefit of marriage), living together (without benefit of marriage), fornication, adultery, intoxication, charging interest on a debt, acquiring debt without intention to repay - and benefitting financially from ill-advised, illegal, haraam or otherwise considered sinful activity.
If it's Haraam, it's also Illegal and as such especially Ill-advised.  But everything Illegal and Ill-advised is not necessarily Haraam.
It's true that with so many foreigners afoot, Qatar's rules are routinely broken.  It's also true that most people are not detained for bad behavior. 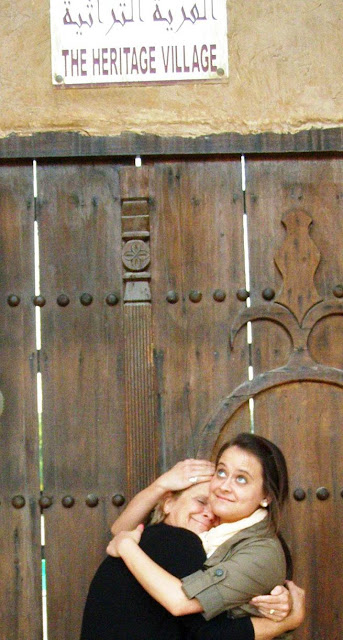 Mother/Daughter PDA at Heritage Village Park
Most officers look the other way when it comes to foreigners in short shorts or spaghetti straps.  Ignore hand-holding men and women enjoying a cuppa at Coffee Beanery.  After all, there is a government run liquor store, Catholic (and other denominations) Church in town and Modern Family DVDs for sale at Virgin.  Mall windows feature all manner of scanty clothing for sale.  Unrelated men and/or women live together and (undocumented) babies are born. 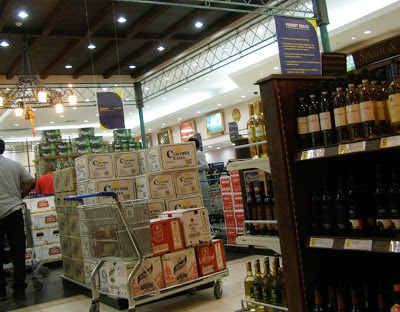 Doha likker store
Officially, Qatar enjoys free speech:  newspaper articles/online forums/television stories about worker's living conditions, sponsorship issues, women's rights.  On youtube Ellen kisses Portia (in the US) in Qatar.
It may not be particularly advised/legal/halal (acceptable)…but it's (usually) okay.  As long as you're not at the mall.
*TRUE STORY (as told to me/names purposefully withheld)
Posted by Lucinda H. Kennaley at 1:29 AM

Good information--especially for travelers. Traveling in any foreign (to the traveler) countries.
I wonder what American cultural behavior travelers find troubling?

They tell me that Americans are LOUD. I'll bet there's more though...!