There's Construction Doha where architects, engineers and contractors from the East and West meet to create miracles of steel and stone and cranes march across the sky. 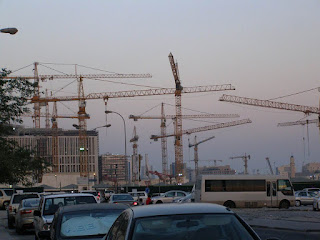 In this Doha, Qataris are the owners and Westerners the professionals.  Filipinos sit at service desks, manage shops and care for local children while Indian laborers live in camps outside the city - after 12-hour shifts building, scraping, cleaning, dusting.  Here, everyone speaks English and no one speaks Arabic.  Rules, restrictions and requirements for everything from travel and housing to occupation and permission to drive is determined by…nationality.
There's Social Doha where Qataris host the world, providing facilities for non-Muslim churches and a liquor store too!  Westerners in their 30-60s visit high end jazz bars and kick back $100USD+ bottles of wine while 20s-30s of all nationalities (purport to) mix with locals and engage in the kinds of activities 20-30s engage in everywhere.  In this Doha, there is driving too fast, drinking and…secrets.
There's Local Doha, the mystery that is Qatari life behind 10-foot high walls, under brightly lit desert party tents and in parades of abaya covered women and dish-dasha garbed men.  In this Doha, there is tradition and cultural cohesion.  There is very little mingling between Local Doha and…the rest of Doha. 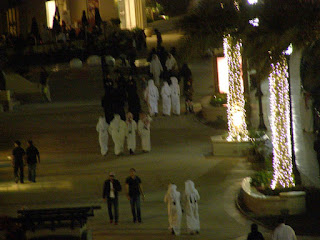 There's also My Doha:  a jog along the Corniche, trip to the beach.  Watching trucks loaded with…whatever…parade in and out of the desert from my perch at the top of the Singing Dunes.  Arabic classes, Swalif, whole mornings, as in: as-much-time-as-I-can-get-because-it-seems-to-be-the-only-place-anyone-speaks-Arabic-and-the-ladies-are-super-nice, spent here: 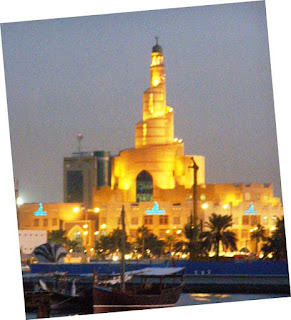 My Doha is Fanar, a job at Weill-Cornell, laundry, dishes, a walk around The Pearl at night, dinner-for-two.  My Doha is Bob - and for a little longer, these two travelling wonders of God's creation: 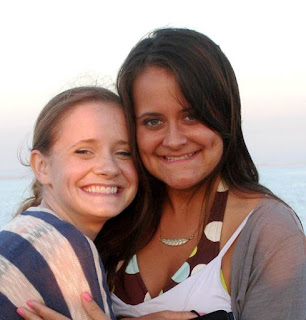 Like most of Doha's majority population, My Doha is temporary. Eventually (inshaa-allah), I'll return home, to my son and grandbabies, house, garden, job-I-love(d), fabulously supportive, perfectly created extended family. To an outdated (due to absentia) desktop setup, rusted (due to age and disuse) cars.
So who exactly is Doha? An ultra-modern, English speaking, fast Porsche driving, night drinking metropolis where expats in transit outnumber locals four to one - and many longtime foreign workers have never even met a Qatari?
Or maybe Doha really is all of us, as stated in the recent campaign "Kuluna Doha (We are all Doha)" which aims to encourage unity (ostensibly through a higher standard of expat dress): 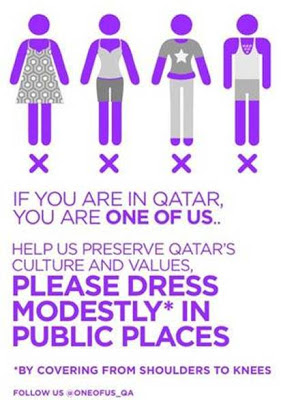 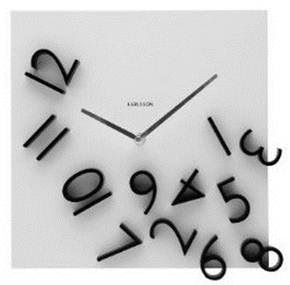 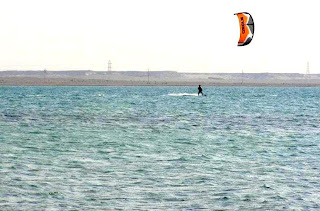 Not me windsurfing at Zekrit
Posted by Lucinda H. Kennaley at 9:39 PM 1 comment:

On Family, Foundations and Being Together 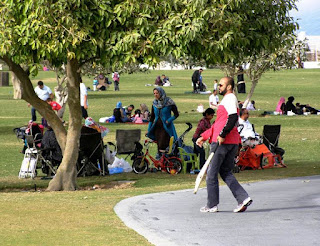 Family Friday at Aspire Park, Doha
I want to tell you about Family Friday in Doha: when related groups picnic at the park, hang at Starbucks, walk the Corniche, pray, eat and laugh together. When malls restrict men from wandering shops alone and eating in certain areas of a restaurant unless accompanied by a woman. 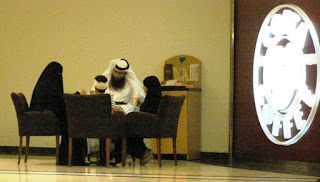 Family Friday at Costa Coffee
I want to outline how an individual's name traces lineage for generations - and how signatures give away secrets.  How young couples live with the man's family and title babies after dad's parents.  That a married woman keeps her name to conserve her own tribal line.
That dad's word may be law but businessmen cancel meetings to drive mom to the mall:
(Sniff. I love you, Mom.)
I want to tell you about Qatari hospitality: if your hostess pours you 1/3 cup of tea it means you should stay for more (a filled glass means it's time to go).  Your hostess waits nearby ready to refill the moment your cup is empty.  She'll continue to offer more until you shake your cup gently from side to side.  When your visit is over, she coats you in sweet, perfumey, smoke-like incense and waits by the door until you're safely inside your car.
I want to outline how Qatari faith is a lifestyle that strengthens families.  And Qatari hospitality is a principle that builds relationships and reinforces foundations.
But right now all I can think about is this: 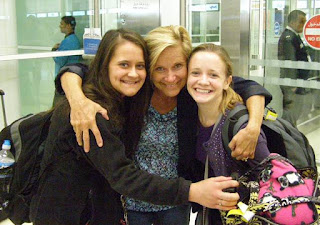 Katie and Kimberly - now in Doha!
And this: 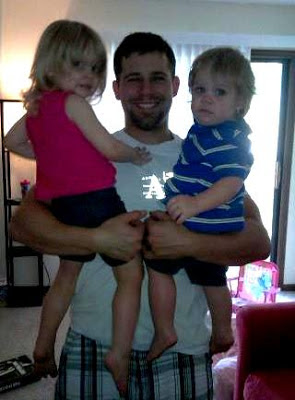 Chris, Krissy and Killian - faraway in Kansas City.
No matter how customs, habits and traditions differ, here's one way families are the same no matter where you're from:  it's hard to be separated from the people you love most. And there's nothing better than being together.
We miss you, Chris. 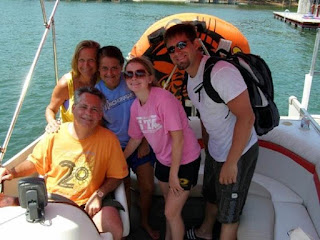 Once upon a time it rained a lot on this desert peninsula. Now there's so little moisture that the country didn't bother putting in a stormwater system.  When the sky does shed, water floods the streets until a truck appears with a great hose, sucks up the pool and hauls it off. (The city's sewage system consists of a series of trucks that collect waste matter and...take it away.)
Nine more random somethings: 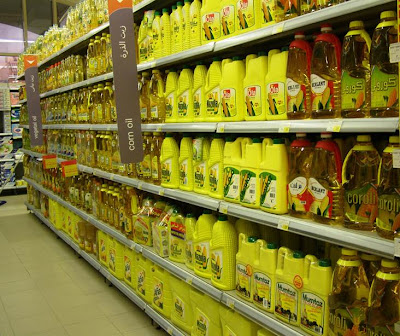 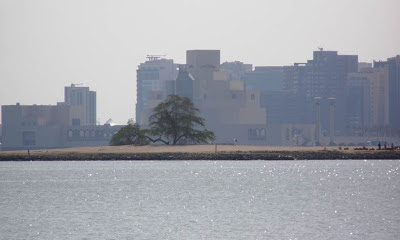 My head's over occupied this week:  there's that Arabic final coming up and a work thing to learn.  And, oh yeah, Christmas, which we plan to spend with other wayfarers cruising Doha Bay on a dhow.
But mostly Bob and I are all-a-jumble-flump excited about the upcoming visit of our wondrous misses Katie and Kimber.
It's K TIME! 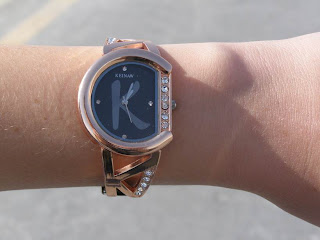 Posted by Lucinda H. Kennaley at 12:17 AM No comments: