The Sheikha and the Chickens

Why is there a chicken coop overlooking the massive hole in the ground from which the Heart of Doha, Musheireb, will rise? 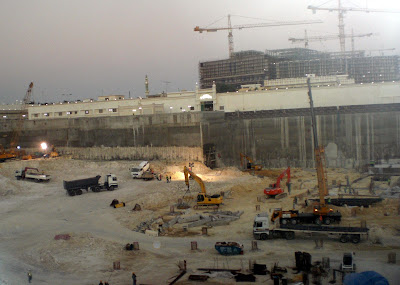 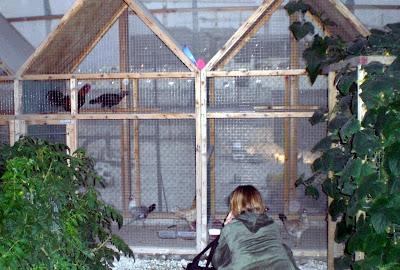 The answer: “The Sheikha wants them there.”

That would be Her Highness Sheikha Mozah bint Nasser al Missned, the Emir’s (second) wife - and Chairperson of the Qatar Foundation for Education, Science and Community Development; President of the Supreme Council for Family Affairs; Vice Chair, the Supreme Education Council; Vice Chair, Supreme Health Council; Chair, Sidra Medical and Research Center; Chair, Silatech; UNESCO’s Special Envoy for Basic and Higher Education; and Member of the High Level Group, UN Alliance of Civilizations. The Times of London named her one of the 25 most influential business leaders in the Middle East and she’s on Forbes’ list of the world’s 100 most powerful women.

As if all that weren’t enough, Sheikha Mozah holds a sociology degree from Qatar University, has been awarded multiple honorary degrees - and she has seven children!

Think you know all about the “oppressed and invisible” Middle Eastern woman? Think again.

At the Heart of Doha, Musheireb’s groundbreaking ceremony, Sheikha Mozah set her palm print into the building’s cornerstone.  Nearby, her image appeared on a television screen.  She said:


“Our past clearly reflected that communities in Qatar have always
been close knit.  People lived and worked together in harmony with
the climate, with the land and with each other.  We had our own
ways of dealing with our environment which was sustainable and
human in scale, and thus, our architecture reflected the unity of
our family’s identity.”

Since the discovery of oil and gas in the 1930s, this little pearl and fishing village has grown into a booming, busy metropolis. There’s a building shaped like a bullet and another in zigzag form. There are resorts and yachts and malls.  High profile sports events are held here.  The country has its own airline.

With all that development comes advancement – Education City, for example. On the down side, Qatar has one of the highest rates of diabetes in the Middle East and a generation of youth that (…reputedly…) prefers not to work.

A nation can’t stop moving forward for fear of losing sight of its roots or otherwise outgrowing its civvies.  Instead, leadership finds creative ways to remind those on the developmental front lines to stay true to the country’s heritage and culture.

She brings in the chickens.

Posted by Lucinda H. Kennaley at 9:24 AM

Looks like snow in the new picture--tho' I know it can't be.

I wonder if the Sheikha is lonely? It can be lonely at the top. She has a lot of responsibility, and not a lot of people who she would be able to share her ideas with. How many children does she have? Was she born in Qatar?

No snow in Doha! It was a cloudy evening when we took the pictures. The Sheikha has seven children, is MY AGE (7 months younger) and was born in Qatar:

"Sheikha Mozah is the daughter of Nasser bin Abdullah Al Missned (died in 2007), who was an opponent of Sheikh Khalifa bin Hamad bin Abdallah Al Thani, father of the current Emir. The family lived in exile in Egypt and Kuwait, but returned to Qatar for the Sheikha’s marriage. She married the Emir (at the time Heir Apparent) in 1977 at the age of 18, while she was attending Qatar University. She received her BA degree in Sociology from there in 1986." (Wikipedia)

She is much liked in Doha - and beyond.