The Saddest Day in Doha

Maybe I should write about the heat, how the sun rises early - at 4:30am - and bakes the air until molecules are full and thick and heavy. 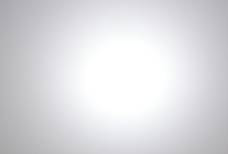 Or about the food.  How everything's imported: apples from France, pears from New Zealand, cucumbers from Saudi Arabia.  Or how Australian hamburger from grass-fed (as opposed to U.S. grain-fed) cows tastes like…grass.

Or about the residency process, which I've begun.

All I can think about are the babies.

No warning, no quick evacuation: children sat eating in the food court inside Doha's popular, patterned-after-Vegas Villagio Mall.  Skaters skated on the ice rink, families gathered in the indoor amusement park - and smoke slid up the walls and massed along the sky-painted ceiling.


First person accounts say the alarm sounded like a doorbell…one shopper asked a guard about the buzzing noise and the guard shrugged. It's nothing.

One video shows black smoke billowing uncontained for long minutes before the first siren wailed. Notorious Doha traffic had to be rerouted to allow emergency vehicles through. 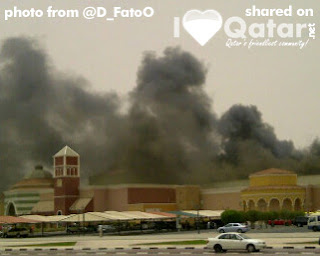 from Iloveqatar.com
Reportedly, sprinkler systems malfunctioned.  Rescue attempts were hampered by a lack of blueprints.  Firefighters were on site for 30 minutes before they even knew there was a daycare facility inside.  By then, access to the nursery was cut off by fire and thick, black smoke.  Stairs had collapsed.  One blogger described the nursery's location as "in the interior of the mall…a virtual rabbit warren of corridors..."

A hole cut in the roof.  A frantic, heroic rescue attempt.  Two firefighters died. But it was too late.

Trapped in the nursery, four teachers and thirteen babies drowned in smoke.  The children included 2-year old triplets from Australia, and three children under age 5 from one Spanish family.

The fire started either in the Nike store or in the nursery, depending on your news source.  Ours is Doha based Al-Jazeera - arguably the CNN of the Middle East…right here in Doha.  The day of the fire, Al Jazeera gave the horror about a minute and a half.

I drove by the mall yesterday.  Except for the empty parking lots, barriers and guards, there was no sign that a disaster happened here.  No blackened walls, nothing caved in.

Steel, concrete and tile - on the outside, anyway - don't burn.

All victims were from somewhere else - ie, not Qatari. But according to nowpublic.com, the nursery's owner is Imran al-Kuwari, daughter of Qatar's Minister of Culture, and (presumably) Qatari.  She was arrested, along with the Villagio's owner and director of security.

Her father described her as "the saddest person on earth."

Grief, like love, is a language everyone understands.
Posted by Lucinda H. Kennaley at 1:14 AM