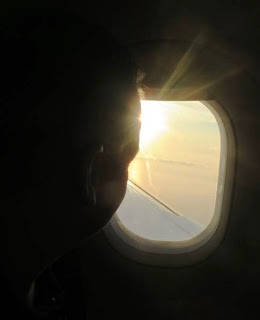 Bob on board
Expatriates are people who leave their homes to live in a new place, either temporarily or permanently. Most migrate legally, following the host country's rules and regulations.
Expatriate: (one who) leaves one's native country to live elsewhere…
- Merriam Webster 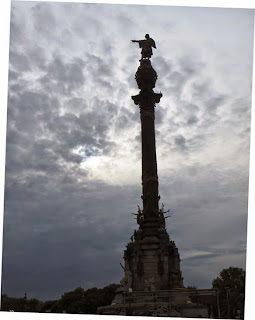 Columbus points to sea
where Ramblas meets wharf
Barcelona, Spain
Legal expats are subject to different regulations than those at home. Like, for example, covering from shoulders to knees even when jogging, avoiding physical (and eye) contact with members of the opposite sex, not eating or drinking in public during the holy month of Ramadan. A thoughtful Qatar expat, for example, doesn't enter religious spaces with an uncovered head or make negative comments about her host country's leadership online or, well, anywhere, ever. And when the rules concerning freedom of expression change, she renders her blog publicly inaccessible. 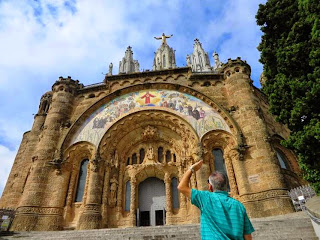 contemplating the climb
church at Tibidabo, highest point in Barcelona, Spain
In the US, legal expats are those who followed US law to enter the country, typically for purposes of work, school or marriage. Sometimes these intrepid travelers take knowledge home to help change whatever caused them to leave in the first place. Other times they remain stateside and pursue the process to become permanent, legal United States citizens. 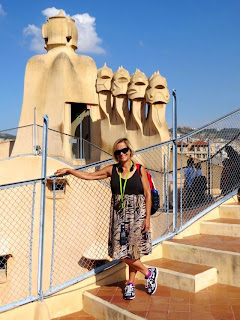 how Antoni Gaudi (gow-DEE)
covered one building's ducts and vents
atop La Padrera, Barcelona, Spain
Illegal US expats sneak across the border. They work jobs, raise children, utilize health care, attend and graduate from US schools funded by government grants and, it is said, even vote! They're fast food workers who go on strike to demand that their illicitly-adopted country celebrate their home country's independence as a national holiday. They're back alley criminals, prostitutes - and top drawer straight A students, business owners.
Officially there are repercussions to sneaking into the United States, but a lot of people not only get away with it, but profit from the venture too. Some of these dauntless interlopers are eventually granted status as legal United States citizens. 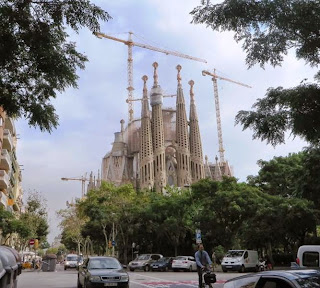 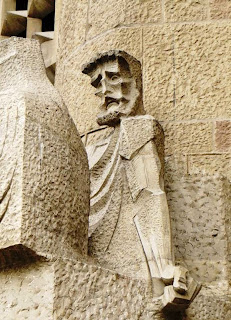 there are funky shapes 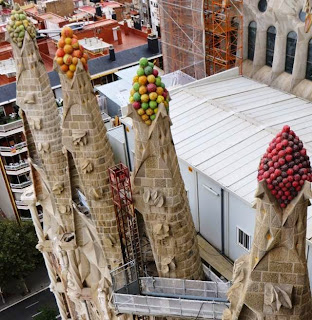 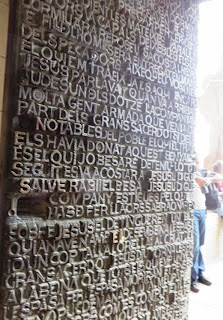 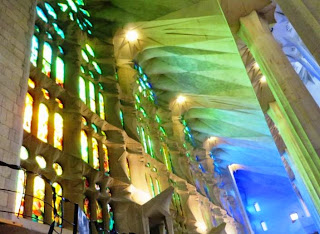 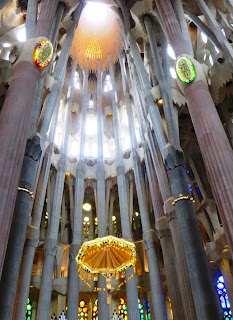 and a flying Jesus 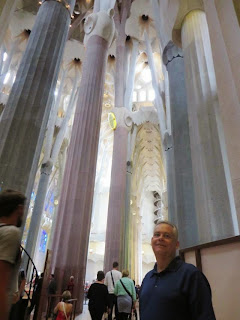 Bob loved it
In Qatar, illegal expats are usually former service employees (nannies, maids and drivers) who entered the country legally and (in a wide variety of ways) find themselves without sponsorship. Babies born to unmarried (ie, unlawful) parents are on the list of border crashers. Illegal foreigners are also, as in the US, those who sneak across the border hoping for a better life in the world's wealthiest country (per capita). 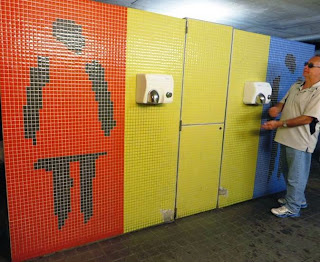 coed bathrooms are common in Barcelona
at the Olympic Stadium
girls use stalls on one side, boys on the other
wash up together
In Qatar children born to a married foreign mother and Qatari man are considered Qatari. Children born to a married Qatari woman and a foreign born man acquire the father's nationality. At this time it's not possible to obtain Qatari citizenship (thereby eligible to receive national dividends and land) except by birth. 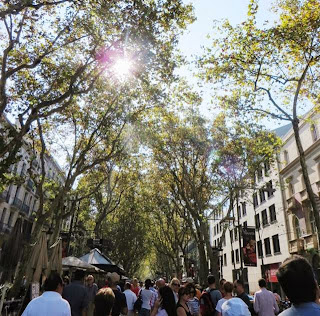 the Ramblas
a crowded, touristy, no-cars, shopping zone
and the heart of Barcelona
In Qatar, illegal expats are not allowed to work, attend school, utilize public health care, own a car, rent or buy a home, acquire a driver's license. Illegals' educations are not subsidized by the government. Without papers, they are also unable to leave the country.
As a result (unlike the US), very few people aspire to be illegal expats in Qatar. 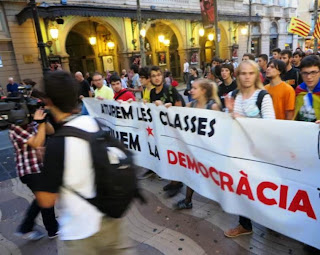 Free Speech on the Ramblas
Barcelona 2014
As legal expatriates in Qatar, we have residency permits, government health cards and driver's licenses. We utilize government medical services, buy and sell stuff, attend programs, leave and come back. We drive the speed limit, cover our arms, keep our hands and words to ourselves - and seek the silver lining. 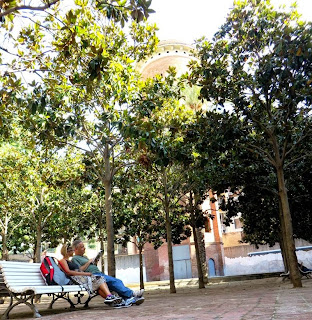 Barcelona Water Tower Garden
tucked among a cluster of buildings
in the heart of the city
(Rick Steve's, Barcelona, page 144)
It helps to get away. 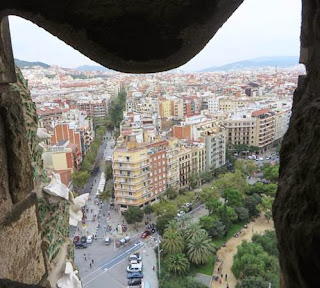 Barcelona from the top of the Sagrada Familia
Nativity Tower
Spain 2014
Posted by Lucinda H. Kennaley at 1:49 AM