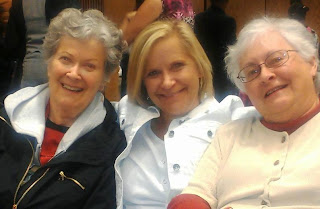 Mothers and Mothers-in-Law: Peggy, Cindi, Kitty
twenty-nine years of successful family and relationship building
I'm lucky. I have a great mom and mom-in-law (MIL) who paved the way for their children to create strong families by example: supporting fledgling son- and daughter-in-laws, encouraging independence, loving, lifting, inspiring - and breaking down stereotypes. 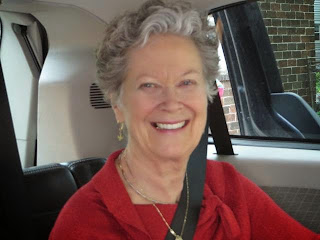 my beautiful mom, Peggy S. Hedrick: smart, fabulous, kind, generous, wife/mom/MIL and lawyer, married 59 years to my dad: builds and supports, lifts and encourages, no stereotype
Learn more about this amazing woman at: http://www.peggyhedrick.com
You know the stereotype I'm talking about: the classic Western MIL: her mother. The jealous, self-centered shrew who wedges her way between the young couple in a passive aggressive battle for her daughter's (and grandchildren's) affections. Who locks out the less powerful his mother lower-case mil and undermines the youthful pair's bond through manipulation of the mother-daughter relationship - even as she breezes through husbands in her own world.
In dating, marriage and life, the woman controls the children, supplies the family's energy or lack of it, coordinates structure (or lack of it), nurtures a foundation or opens the door to quicksand. If Mama ain't happy, ain't nobody happy.
Thus, in the West, at least - if Mama's Mama ain't happy - and especially if she's selfish, cruel, mean and unstable - everything else just got a whole lot harder. 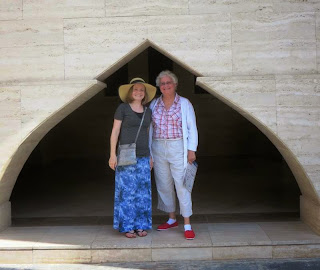 Kimberly with her Grams, Kitty Kennaley - mom of 8, kind and loving MIL to many,
married 52 years to Dan, no stereotype
In the East, as in traditional Qatari culture, his mother is boss.
Traditionally, a Qatari bride is expected to leave her home to become part of her husband's family. Newlyweds spend their wedding night - and the first few weeks of marriage - living in a room or suite of rooms in the groom's family home. Modern Qataris sometimes live separate from the family, but, I am told, most eventually occupy a villa within the walled compound that provides living quarters for hubby's parents, brothers, unmarried sisters, cousins, uncles and their families.
"We like houses."
-Qatari woman explaining why locals don't live in apartments.
This isn't specifically a Qatari, Middle Eastern or Muslim idea - although all mothers are revered in Islam. It's more of an Eastern World thing.
In her rooms the young bride is Queen of her universe. Within the larger home and family his mother rules.
The arrangement makes sense in this part of the world as a family's social security is locked up in its sons: the responsibility for caring for mom and dad falls to the first born son (and, it follows, his wife). If boy #1 is unable to care for mom and/or dad, he may pass responsibility on to the next son. A married woman is not (officially) liable for the long term welfare of her own parents (habibimatrimonials.com).
When a daughter in law moves into his mother's home, her job is to do what his mother wants in the way she wants it done: cooking, not cooking, wearing an abaya to run to the bathroom and back.
In the East as in the West, most husbands don't care how the kitchen gets cleaned or who's cooking dinner (or picking it up). Typically there's no power struggle between husbands and wives over who changes baby's diaper (unless nobody's doing it) or decides who's invited to what, when or how. This is because (generally speaking, arguably, in many successful families) the woman does these things - or supervises husband's, maid's or nanny's completion of said activity.
In the West, as newly marrieds do not typically live with their parents, a man may not notice there's a classic MIL in place (even if his mother tries to point it out). He's blissfully unaware right up to the minute divorce papers are served…and sometimes beyond.
In the East, where Queens are domestically merged, there is friction and most people are quite aware of it. Which is why even the best Middle Eastern mother-in-law inherits (along with the subordinate Queen) a bad rep. 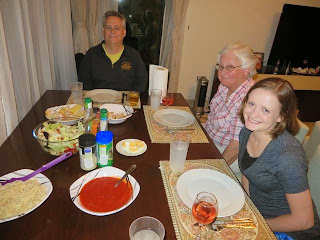 serving dinner to my great, loveable, wonderful MIL
My husband and I lived with his family for a short period, Middle Eastern style. We had a private room, bathroom and living area with tv. Our baby slept in a crib by our bed. The baby monitor (a device that transmits sound) sat on our night stand while the receiving end was in the kitchen where communal life happened.
My beautiful MIL cheerfully offered advice without taking over and let me make mistakes without recrimination. She welcomed my mother, with whom I am very close. When my tiny baby needed surgery, she took me to the doctor's office and held my hand while I cried. She was then, and is now - awesome. 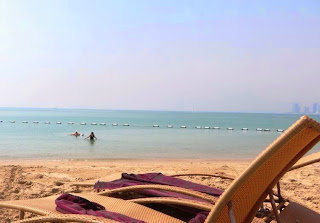 hanging at The Pearl's little beach with Kimber and Kitty
For the next two weeks my wonderful MIL is living and playing with us in Doha. We'll buy her stuff, take her places, love and serve her and treat her like a Queen. Not because she's in the Middle East where his mother rules. But because she's FANTASTIC. 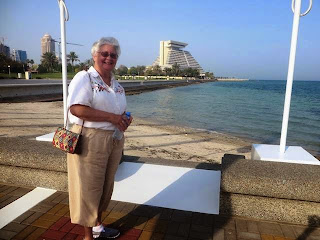 Kitty Kennaley, now in Doha
Posted by Lucinda H. Kennaley at 1:03 AM

Well stated -- important information that one doesn't often see. It would take some time to count the numbers of cases this lawyer (me)has pursued through the legal system which revolve around insensitive in-laws who unable to communicate with each other. This blog is a keeper, and is certainly worth a link on one's own pages!3KI

Ah yes, she is a brave woman talking about her mothers-in-law in print and putting it in writing, no less! But then with such wonderful mothers-in-law who would complain!
Dad

As a mother-in-law (I know I am way too young) I enjoyed the article. And kudos to Kitty for making such a long trip. I don't think I could do it!

Thanks for the nice comments! And MA, of course you could (make the trip). Bring sunscreen, tho - supposed to be 113 today, 116 tomorrow. :)