On Missing Eyebrows (and other Doha realities) 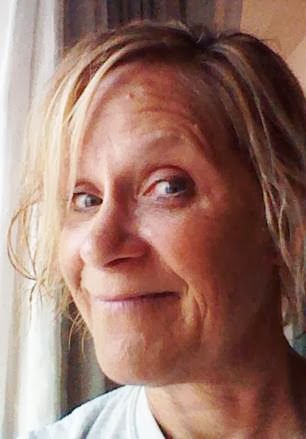 Missing Eyebrows
The well put together local woman sports perfectly shaped, beautifully manicured, smooth, dark, thick, salon tended designer eyebrows.  She covers her skin with abaya and sheyla, and stays indoors when it's hot.
Expats wog, wander and hang at the beach where the only thing warmer than the water is the scalding white sand.  The respectful foreign guest covers from shoulders to knees, minimum, and protects remaining exposed areas with sunscreen 45.  But in a place where temperatures regularly exceed 120 muggy "real feel" degrees, roasted skin and sun bleached hair, including eyebrows, happens.
I paint the missing color in. 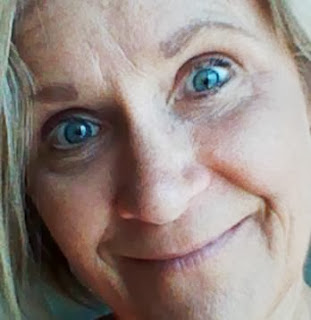 But I don't pluck:
With regard to dyeing the eyebrows or a part of them with a blonde colour or a colour similar to that of the skin, there is nothing wrong with this, as was stated in a fatwa issued by our Shaykh 'Abd al-'Azeez ibn 'Abd-Allaah ibn Baaz (may Allaah have mercy on him and raise his status). He also stated in a fatwa that it is permissible to remove hair growing between the eyebrows because this is not part of them, but he stated that it is not permissible to trim the eyebrows if they are not troublesome or causing harm.
islam-qa
Bananas go from green to yellow overnight 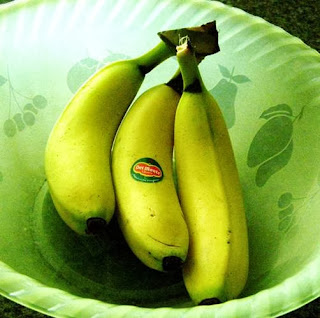 grass green yesterday
In Doha, hard, green, just bought bananas are soft and yellow by morning, banana bread ready in three short days.  If anyone you know likes a banana a day to replenish minerals lost after climbing 12 flights to the sky on a sunny, muggy, hot-air-pummeled Doha jobsite…buy a bunch!  But just 3- 4 at a time.
You say: "Shukran" she says: "You're Welcome"
There is no bookstore at Qatar University.  No game day tee shirts in Arabic, school pens, mugs, water bottles.  Looking for an Arabic language tee shirt to take home to the fam?  Good luck - because it's all English in Doha.
Cashiers, sackers, managers and stockers, service and salespeople at Carrefour, H&M and Zara, Asian cleaning crews, strangers on the street, hawkers at the souq, the covered lady in the bread aisle (she's not necessarily Arab):  there are three times more expats than locals in Doha and they all wake up expecting to spend the day in English.  There are a few phrases every nationality seems to understand and an Arab busy thinking in English appreciates: "shukran" (thank you), "ma'a salama" (good bye) and "wayn al hammam?" (where's the bathroom).  But - expect the response to be in English, no matter where the queried person is from.
Afternoon Siesta
There is morning, where office clerks file, take calls, fill orders…shops are open and it's possible to get business done.  Then there is Doha afternoon: 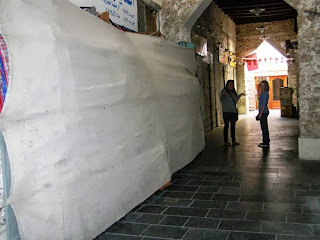 Katie and Kimber attempt to shop the souq one afternoon
(if there were crickets, they'd be chirping)
At 1pm, an unsuspecting reader (me) is asked to leave the Qatar National Library.  A mall bookstore closes and the clerk waits for shoppers (also me) to notice.  All over the city, workers rush home to eat, sleep, pray, sip tea, pet the falcon.  This is family time, when non-worker night-living people are (finally) out of bed and worker bee types break.
Hey, it's doggone hot in the afternoon (see above).
Some (Middle Eastern flexible) time around 4pm, shops unlock, libraries and bookstores reopen.  Locals parade through souq shops and Arabic is heard on the street.  Fast moving Suburbans flash lights in rearview mirrors, teenage boys chase one another through traffic in Porsches and Camaros, traffic snarls around fender benders...and worse.
We tend to stay home at night, wrapped in fuzzy blankets, watching Conan (O'Brien).  We don't hear a lot of Arabic this way (see above), but it does keep us alive.
Shoes 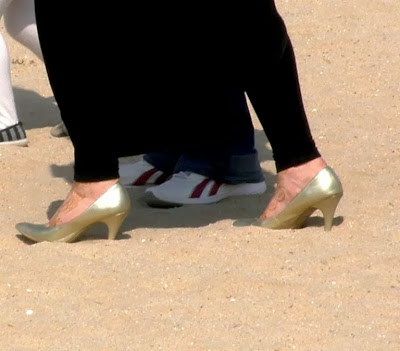 Sports Day, abaya, children, sand
silver shoes, henna
purty shoes a must
There is Drinking in Doha (but not at The Pearl)
Once upon a time there was alcohol at The Pearl.  Every night a live band played to sellout crowds at the restaurant below our balcony and it was standing room only at the billiards and sports bar beside the terrace pool.
Then "something happened": an "incident" involving an expat, too much drink and an outdoor space.
*Snap* no more likker at The Pearl.
Today in the evenings, a scattering of tourists and locals wander the first curve of the Pearl's boardwalk where lonely salesmen and women (check facebook, send email, play games on phones and ipads) inside gleaming upscale shops selling $1,000 dresses and $700 shoes.
The rest of the resort is quiet.  Security guards wander empty boardwalks under tarp covered, unfinished towers that circle the bay.  Nights, Bob and I wog in the darkness beside docked yachts as Simon and Garfunkel's "Bridge Over Troubled Water" pours from speakers tucked in the palm trees.
Margaritas are available at international hotels in West Bay or the airport and mix (and other stuff) may be purchased with a license at the country's likker establishment.  But there is no more drinking (shoppers, diners, buyers) at The Pearl.
Threshold Pools
Inside Doha is cold:  freezer-chill Suburbans drop moms wearing ski pants at the mall where babies in snowsuits enjoy ice cream cones at indoor amusement parks.  Expats in sweats and double socks huddle in fuzzy blankets and sip hot cocoa while warming hands over steamy dinners.  Water transforms to ice on kitchen counters.
I might be exaggerating - a little - about the ice cubes...but it's true that if you spend much time indoors in Doha it's easy to forget just how hot it is "out there."  Where pudding air shimmers over a charcoal and barbecue pavement.  Heat melts the soles of tennis shoes, burns up generators, fries car batteries, sears nose hair, bleaches eyebrows.
And moisture fogs glass, transforms into liquid that rolls down the sides of buildings, collects in moat-worthy puddles at thresholds.  (Wear shoes, step wide…) 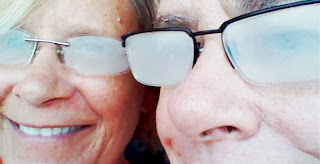 Eyebrows, to shoes idiomatic use of language, and likker... so much to keep track of...for us their differences, and for them, our differences.

@(always questioning)Charles, here's what I found (besides the link above):
"It is a sunnah" (prescribed way of life) "for women to remove hair from the face and the body (including the underarms and private parts) with the exception of the eyebrows. The eyebrows should not be touched." (http://en.allexperts.com/q/Islam-947/2008/6/hair-removal.htm)
Maybe our friend saeedoo Osama could weigh in on the subject? Thanks! :)