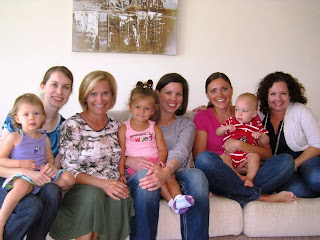 BMD Wives and babies smiling in Doha, March 2014
Photo credit: Kari Viet
"Your smile…is a charity."
-Prophet Muhammad (PBUH)
Most Arabic speakers won't be bothered if you call a man "habibtee" or refer to that important organ in a person's chest as a "dog" (kelb) instead of a "heart" (qalb). Which doesn't mean they won't laugh at your mistake! To keep the hilarity to a minimum, I've put together a list of ten common Arabic phrases and how to use them (along with random photos from our week in Doha).
First, a couple things: 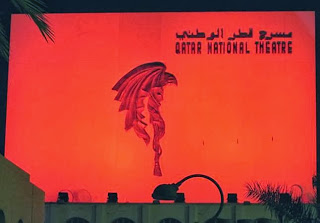 Qatar National Theater
all lit up for a
Thai cultural event
w'allahee!  والله


"w'allahee, it is not," said another. "It is for emphasis, when something is
true and right."


"It is overused," she said, crossing her arms.
Similar to, "By God…" in English. As a way to emphasize the correctness of something by pointing out that a thing is fundamentally so true, you say it here right here, right now, in God's presence.
But nowadays it's often used (along with the shorthand version, w'allah) to mean: OMG. 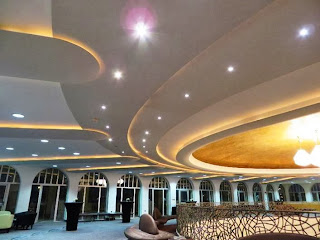 Inside the Qatar National Theater
ya habibee/habibteeيا حبيبتي   /  يا حبيبي
Adding "ya" is like saying "hey!" but in a personal way: "ya Mom!" or "ya daughter!" when you want to stress something or get the attention of someone you know. It's NOT appropriate to use "ya" to refer to a general acquaintance. "ya Boss!" might be considered rude, for example.
habibee means "my sweetheart" when referring to a man; habibtee when your darling is a woman. "ya habibtee, I love you like Blue Bunny Chunky Chocolate Chip Ice Cream."
In Arabic slang, ya habibee is also used like "hey" or "man" (California) or "ya'all" (Missouri, Mississippi) as emphasis or to reference a friend: "Hey, ya habibtee, ya'all want some more tea?" or "ya habibee, man, it's hot in Doha."
ya salaam!  !يا سلام
Literally translates to "Hey, peace!" But before you go all 60s America: this phrase is used to express surprise. (More polite than w'allahee.)
You: "I bought you a car!"
Me: "ya salaam!" 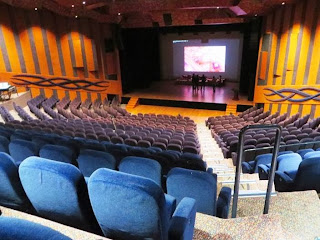 I made plans; God laughed
-famous saying
in sha' allah means "God Willing" and is used when making future plans. Dinner reservations, haircut appointments, business meetings, arrival times, departure dates, a child's bedtime. It's a way to succinctly defer to God in everything, whether choosing a lifetime partner or having spaghetti for dinner.
It's true that time doesn't mean the same thing in the East as it does in the West but use of in sha' allah does NOT mean the person you've invited to tea is looking for a way out of meeting with you. There are more important things than being on time for a business meeting: Mom, for example. A wait of 15, 30, 45 minutes for an appointment isn't considered "late" - just…divine intervention.
It's like saying: "I will enjoy Halloumi cheese with you at Zaatar w Zeit at 6pm Tuesday - unless I'm hit by a bus while walking to my car because the Corniche is closed again, traffic is a horror and only God knows the day or time."
But shorter and nicer.
lahda low samaht, stanna shwaya  Arabic without words: 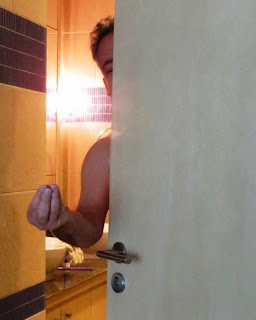 use right hand,
squeeze fingers to thumb, palm up, arm out:
wait, please
Attempting to merge in traffic? Someone wants your attention but you're on the phone? Can't find your credit card at Carrefour (the Middle Eastern Walmart) while standing at the front of a long line? Wife attempting a photo op while you're otherwise occupied? No sentence structuring needed as this handy "phrase" crosses language barriers.
ma sha' allah  ما شاء الله
"I love your dress! ma sha' allah."
"Your baby is beautiful, ma sha' allah."
"The machboos (rice and lamb dish) is delicious, ma sha' allah."
Should be included after any statement that acknowledges a person's talents, gifts, beauty - ie, any special human-generated something. As a way to recognize that everything comes from God, avoid jealousy on the part of the complimenter - and to assure that the aforementioned-wonderful isn't taken away.
That pretty face, nice car, beautifully appointed home is yours via heavenly favor only; and any gifts recognized without acknowledgment are subject to removal.
The person offering the compliment holds responsibility for including ma sha' allah. If the phrase is forgotten, don't be surprised if the person receiving the gift of words quietly says it. Thai veggie carving at the QNT, ma sha' allah
I see this on your Thanksgiving table, Kay Hedrick…
subHan allah  سبحان الله
Like ma sha' allah without the avoiding jealousy bit - but bigger…much bigger.
This phrase is used to marvel with appropriate thanksgiving at the wonders that could only be created by God:
"subHan allah, the sunset is beautiful." 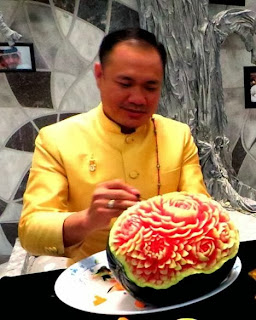 carving a bouquet out of a watermelon
Wow!
al humdu il allah  الحمد الله
Praise the Lord and Bless Your Heart; We Made it to Tomorrow.
Dots conversation, lights interactions, stands alone, simmers between, melts hearts, defuses situations. It's heard in business, pleasure, between enemies and friends. It means "praise God" and is used in conversation, in reply, by itself, everywhere, anywhere:
"How are you?"
"al humdu il allah!" (even if you're living on the street, kids are sick, dog has the flu).
"I won the race, al humdu il allah."
"I lost the race, al humdu il allah" (I'm strong and healthy, didn't fall and break a leg.
Or, my leg didn't fall off. Or, I still have one leg remaining…).
The idea is appreciation of the good over simmering in a muddle of the not-so-great, dragging others into the morass with you. Look first at you've got without dwelling on what you don't have.
Which doesn't mean a person won't come clean about her cancer diagnosis when asked directly by a well-meaning friend. One first gives thanks for the blessing that is this moment before slipping into the down and dirty facts of life. Gratefulness is polite, expected. Plus, God is listening.
If I gave you a Toyota would you say Thank You? Or kick the tires and demand a Ferrari? And if you weren't grateful, how likely is it you'd be receiving any more gifts from me? If you believe that life itself is a gift from God, you'd say thank you, too, before putting that Toyota on Craig's List. 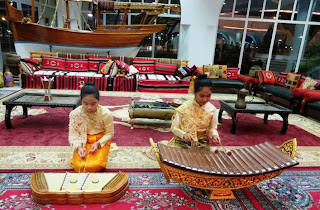 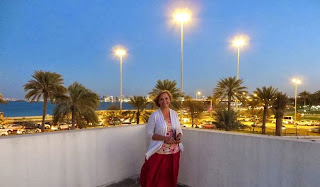 "…The Prophet (Peace be upon him) said: 'Greet with Peace those whom you know and those whom you do not know'…"
-suhaibwebb
"Peace upon you," I said.
"And upon you, peace," she replied.
It's true that some conservative religious believe this special greeting and its response belong only to Muslims. In my experience, the wish of peace is given and returned freely, especially when it's accompanied by a smile. 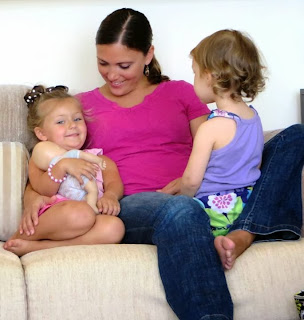 BMD Dawn snuggles two gorgeous BMD babies
"All We are Saying is Give Peace a Chance."
-John Lennon
Posted by Lucinda H. Kennaley at 2:37 AM

Beautiful fotos and they really add punch to your prose! The national theatre is a beautiful setting as well.
Dad