The only way to holiday out of Qatar by car is through Saudi Arabia.  Possible, but time consuming to garner permission, and there are rules.  For example, no rental or debt-endowed vehicles.  Women are required to cover head-to-toe in the car and out, and may pass only when accompanied by her husband or non-marriageable male relative.  A person may be in the country only so long and there are places one may not go.
Too complicated (and a little scary)!  We flew to Rome instead.
They say Rome started 3,000 years ago with Romulus and Remus, twin babies tossed into a trough and left to die in the Tiber River.  A mother wolf rescued, nursed and raised the thrown-aways.  Later, Romulus founded Rome on the site where the she-wolf found them. (http://www.unrv.com/culture/romulus-and-remus.php.) 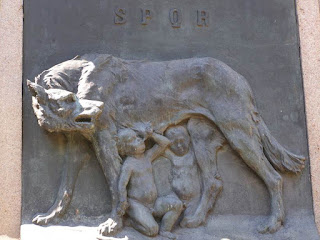 Romulus and Remus, nursed by a she-wolf
Today in Rome, narrow cobblestone streets twist and turn around crumbling foundations and archeological sites.  Ancient stairs go nowhere (because the rest of the building is gone), surprise parks are bloated with old statues, antiquities spill into housing developments, churches with massive doors spring up between apartment buildings.
Hear water gush and boom, there's Trevi Fountain - surrounded by apartments, hotels and shops: 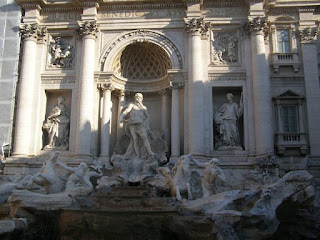 Trevi Fountain - our hotel was close by
Imagine sipping your morning coffee while gazing out the window at this: 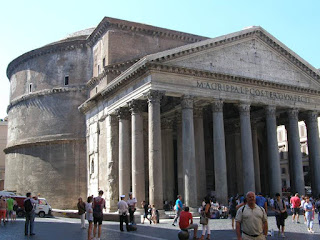 The domes' arch is a "self-supporting concrete marvel," ie, no steel rods holding the heavy roof in place. 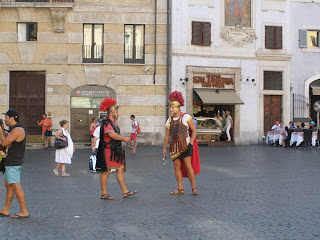 Roman soldiers in front of the Pantheon - for a price they'll pretend to cut your girl's throat - while you take pictures
When in Rome, you might fill your water bottle from an ancient fountain.  Or attend mass INSIDE the Vatican. 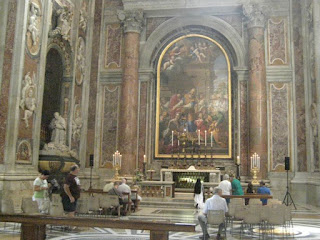 we sat on benches, second row, left, service in Italian (no pics allowed on the altar side of the red ropes)
And that's just the old stuff.  Rome is also pizza, lasagna, wine, short skirts, sleeveless tees, ham. 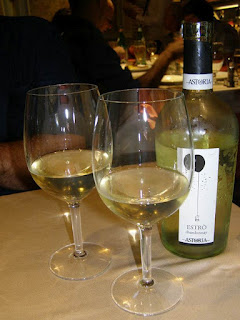 not forbidden in Italy
TV and billboards are in Italian.  Locals work, speak their own language, drive tiny cars 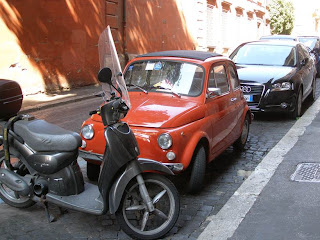 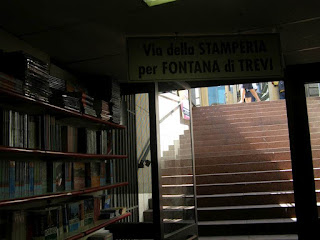 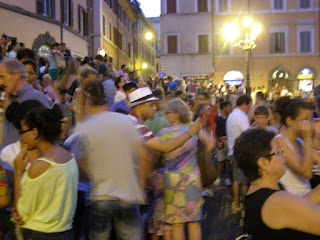 Trevi Fountain all day, every day 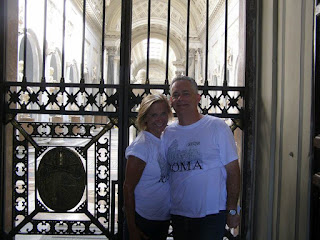 Inside the Vatican Museums
Link to more photos:

Never been to Rome... I guess it will have to go on my list, looks like you had fun!

Yes, it was fun - good to have a hotel right in the heart of things, too.